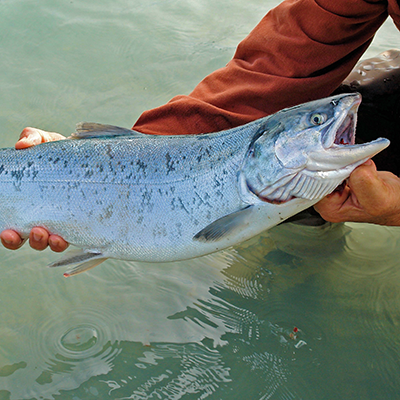 Our mission is to manage, protect, and enhance the natural treaty shellfish and finfish resources for Tribal members in a way that preserves the species for seven generations to come.

The Port Gamble S’Klallam Tribe has depended upon shellfish and finfish as a source of food, for trade, or income for thousands of years. Clams, crab, oysters, salmon, shrimp, and many other species were readily available for harvest year round. The ease with which large amounts could be harvested, cured, and stored for later consumption made shellfish an important source of nutrition. Shellfish and finfish have also played a central role in tribal gatherings—from naming ceremonies and funerals to elder honorings and potlatches. During these ceremonies, shellfish is steamed over a bed of white-hot rocks, or cooked on sticks over a fire. Finfish, such as salmon, is cooked over an open flame held by a cedar stick. Evidence of traditional shellfish consumption remains in the shell piles—or “midden”—of coastal native village sites found along the shores and the Puget Sound.

The Treaty of Point No Point, signed in 1855, promised tribal rights to harvest fish, including shellfish, in the usual and accustomed area (U&A). These decisions were reinforced in 1974 with the Boldt Decision and, in 1994, with the Rafeedie Decision. Both of these court decisions directly impact the work of Fisheries.