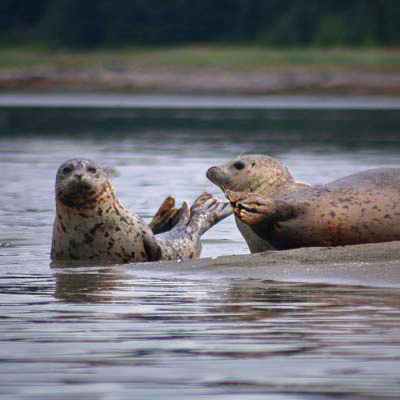 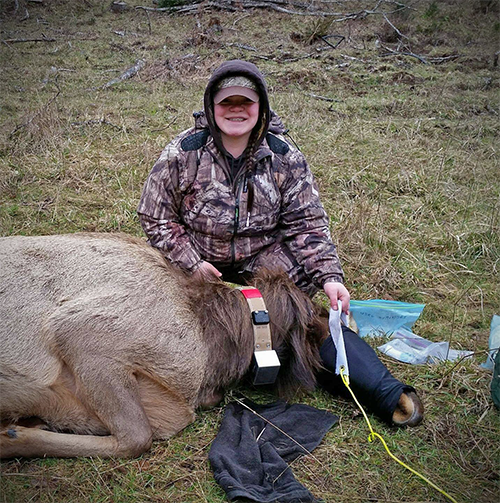 The wildlife department monitors and manages the wildlife resource to ensure that those resources are sustainable for generations to come. That means knowing the populations and population trends to know how many of each species can be harvested without triggering long-term decline. Because these resources are actively hunted, management is especially important to prevent overharvesting and depletion of resources.

The Point No Point treaty tribes’ culture, spirituality, economies and social fabric have always centered on fishing, hunting and gathering the natural resources of the Olympic and Kitsap peninsulas. Tribes acted as stewards of the land and its resources. In 1855 the ancestors of today’s Skokomish, Port Gamble S’Klallam, Jamestown S’Klallam and Lower Elwha S’Klallam tribes signed the Treaty of Point No Point with the United States government. After signing the treaty, the tribes continued to act as stewards of their ceded land, as they do to this day. The reserved treaty rights to hunt, gather and fish bring with them the federal trust responsibility to adequately fund the tribes to co-manage the natural resources within their ceded area.
(The Treaty of Point no Point – PDF)

The Hunting Committee makes recommendations to the Tribal Council on amendments to the hunting code and on the annual hunting regulations. The Tribal Council retains authority over adoption of tribal hunting laws. The Hunting Committees from each of the Point No Point tribes meet several times a year, and meet as a whole to share data and discuss tribal wildlife management issues.

Recent code changes dictate that all hunters under the age of 18 are required to have a Hunter’s Education Certification card. The course details safety training with some ecology and wildlife management, attempting to integrate tribal traditions with hunting safety protocol.

This department works in partnership with the Point No Point Treaty Council, who oversees wildlife resources for all treaty tribes.