Salmon have always been vital to sustaining tribal cultures and economies, a fact no less true today than it was in the 1850s when the tribes’ treaties were negotiated with the United States. Treaty-protected fishing rights were reaffirmed by a federal district court ruling in 1974, referred to as the “Boldt Decision” (U.S. vs. Washington). The ruling, upheld by the U.S. Supreme Court in 1979, established the tribes as co-managers of the salmon resources, guaranteeing the tribes’ rights to half of the harvestable number of salmon passing through their traditional fishing area. You can learn more about our treaty rights here. 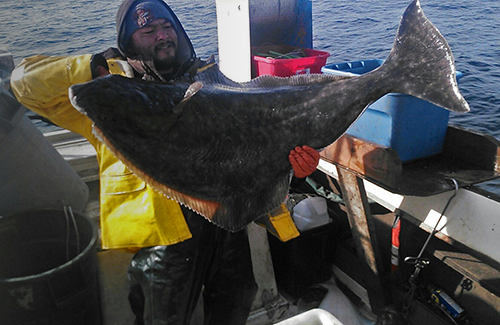 The Pacific Fishery Management Council (PFMC), established by the Magnuson Fishery Conservation and Management Act of 1976, has jurisdiction over the exclusive economic zone off Washington, Oregon and California. The Council manages fisheries for about 119 species of fish, and also works in international fishery management organizations. Apart from state and tribal representatives, Council members are chosen by the governors of the four states within the Council region (California, Washington, Oregon, and Idaho), in conjunction with the Secretary of Commerce.

North of Falcon is the annual pre-fishing season planning process, managed by PFMC. Tribal, state, and federal fishery managers gather to plan the Northwest’s recreational and commercial salmon fisheries in a series of public meetings involving federal, state, tribal and industry representatives and other concerned citizens. Meetings with the PFMC, the states of Washington and Oregon, and the Treaty Tribes also make up the North of Falcon process. North of Falcon FAQ

The International Pacific Halibut Commission (IPHC) researches and manages the stocks of Pacific halibut within convention waters for the United States and Canada. The IPHC conducts different projects each year to assess the stock and health of Pacific halibut and research basic halibut biology. The Port Gamble S’Klallam Tribe sends representatives to meetings with the United States and Canadian governments. At these meetings, they vote on harvesting limits and make recommendations to the commissioners who set the harvest and processing limits.

The Pacific Salmon Commission (PSC) is made up of representatives from the US and Canada who represent the interests of commercial and recreational fisheries as well as federal, state and tribal governments.